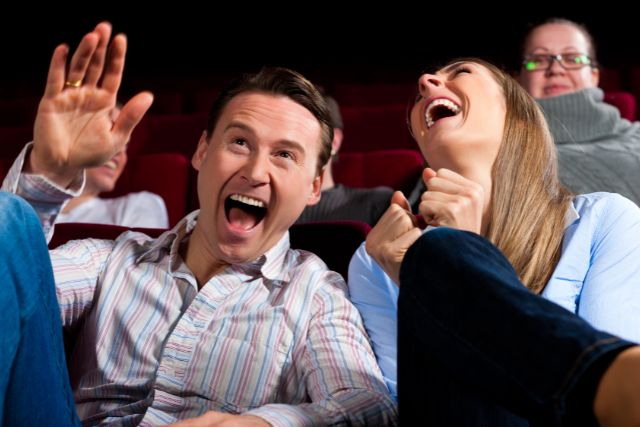 HOLLYWOOD – Netflix supershow Dahmer is getting a second season.

Dahmer has divided opinion as his drill splits skulls. But showrunner Ryan Murphy is not apologizing for his serial murder.

“All those motherfxxkers can fxxk off,” he told the Studio Exec EXCLUSIVE. “Yeah, if it’s Ted Bundy, your cream in your shorts, but no love for poor Jeffrey, eh? Wonder why?’

But how are you going to shoot a second season? Didn’t you tell the whole story?

I don’t recognize that as a legitimate question. You wouldn’t ask Game of Thrones guys why you brought Jon Snow back? Or the ancient Egyptians when they made Dallas why they brought back Bobby Ewing? That question is unfair and stupid.

Why should I thank you!

There is no need to take off your hat with such a bloom. And anyway, those shows are different.

They are not based on real life.

However, Dahmer is based on real life.

No, that’s not it. Are you telling me now that Jeffrey Dahmer was a real person who killed people and ate people and did all the horrible things that we show?

Who the fuck would want to see something like that?

Jesus Christ. And think about how the victims’ families must feel. I think I feel sick.

Well, people have brought that up. Including the families of the victims.

Fuck that’s disgusting. To think that someone is trying to turn such pain and suffering into tense entertainment. What kind of motherfuckers are we?

What are you talking about? Dahmer in Space is going to blow your motherfxxking minds!