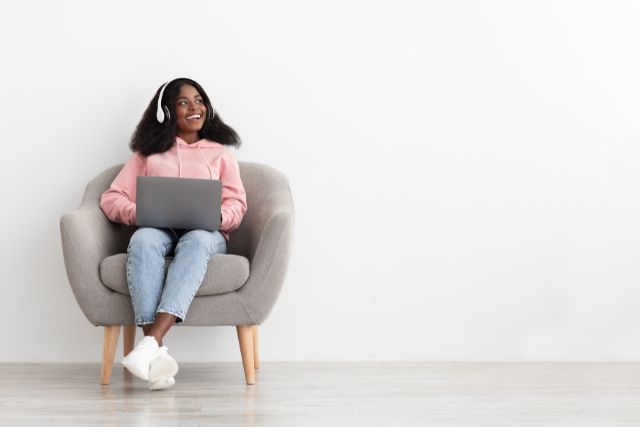 As the fall awards season begins to heat up ahead of the Spirit Awards nominations announcement next month, our intrepid team at Film Independent has worked tirelessly to bring you another signature event – the 2022 Film Independent Forum . With a plethora of programming on offer this year, filmmakers, curators and cinephiles gathered at the Directors Guild of America Theater in Los Angeles to probe the depths of the machinations behind independent cinema.

The 16th incarnation of the Forum kicked off on Monday, October 24 with a full day of in-person events ranging from one-on-one Industry Connect meetings and an in-depth presentation on impact production, to the Filmmaker Keynote from writer-director duo Daniel Kwan and Daniel Scheinert (aka “Daniels”) and Opening Night – a screening of A24’s The Inspection followed by a conversation with the filmmakers.

This week marks the first time in the Forum’s history to offer the event in a hybrid format: after yesterday’s in-person programming, the rest of this packed week has been packed to the brim with virtual and livestream panels, case studies and workshops for a worldwide audience to enjoy! Here are some of the highlights of the day.

From the contributing writer, Cortney Matz:

“This is a huge moment for me,” writer-director Elegance Bratton said in the Q&A after the screening of his feature debut and this year’s Opening Night Film, The Inspection . The upcoming military coming-of-age drama – and deeply personal festival favorite – blurs the lines between documentary and narrative, recounting Bratton’s own experience of homelessness and the challenges he faced as a gay man in the Marine Corps. The footage, shot over the summer in Mississippi during the COVID-19 pandemic, was the 19-day footage that was four days shorter than originally planned when production faced a pandemic-induced shutdown.

The genuine love among the creators was palpable onstage, as producers Effie T. Brown and Chester Algernal Gordon—also Bratton’s life partner—remembered a meeting at the Film Independent Project Involve gala a few years ago and the enthusiasm with which Brown boarded the project. Despite the warm fuzzies, the three Film Independent fellows agreed that the path from script to screen certainly had its challenges.

Still, Bratton’s love of sharing the finished film with audiences hasn’t diminished as the adventure progresses from one festival to the next. For him, the film’s success is the answer to his prayers when he was 16 and living in a homeless shelter. “This is for anyone who has been ignored and underestimated, so you can see ‘[that] your life has value.”

The Inspectorate opens in theaters on November 18 with a limited theatrical release by A24.

Under a clear blue sky on a balmy autumn afternoon, everyone mingled at the welcome reception in the DGA Atrium and patio—packed with wine, cocktails, cheese and charcuterie delights—before heading inside for the first of the evening’s offerings.

Filmmaker Keynote: “Collaborating with the Universe” with Daniels

Spirit Awards Best First Feature nominees for their directorial debut — the surreal 2016 Swiss Army Man — Daniels treated the packed theater to hilarious tales of their journey into this year’s indie success story, Alles Overal All At Once . Before shooting the absurd sci-fi dramedy starring Michelle Yeoh, the duo from Boston’s Emerson College directed music videos for nearly a decade before transitioning to narrative feature films.

“I like the guardrails,” Kwan joked at one point, advising filmmakers to see the positive when things don’t go according to plan, because that’s often when you rediscover what’s most important about your project. Along the way, they also developed handy VFX skills, to the point where they provided 150 of the 250 VFX shots needed in Swiss Army Man .

Produce impact: “Stories can change the world. We make sure they do.”

The four-day industry conference kicked off at 2 p.m. PT with a two-hour dive into how filmmakers can drive social, political and cultural transformation by injecting impact considerations into the earliest stages of each project. To help us navigate through all of this, we had two experts in the field from a leading social impact agency.

CEO Brian Walker is a veteran of adding social impact to entertainment and media content, dating back to his time with the Enterprise Diversity & Inclusion group at The Walt Disney Company. Director of Strategy & Impact Asif Khan works with Walker on projects ranging in size to devise non-traditional marketing and distribution models that optimize the reach of any filmed content with a story that deserves to be told.

But more than that, they want to leave the audience with useful information and action items after watching a particular movie. Would you like to know more about setting up Grassroots Screenings for your project? What are some of the questions to ask before setting social impact goals for your film? How do you determine the kind of impact you want your film to inspire and activate? View the presentation on request with your Full Access pass or buy a Virtual Only pass now !

The Forum continues through Thursday, October 27 with more wonderful pre-recorded panels and case studies appearing on the virtual platform each day, followed by a live-streamed panel each evening at 5:30 p.m. PT. Be sure to stay tuned to the Film Independent Blog and Channel for more insightful coverage of events throughout the week..