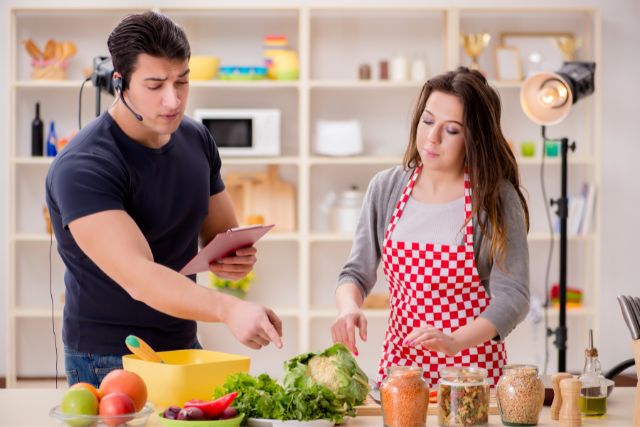 For a Halloween episode, it had some funny and fun moments, but there were also some tense.

Ironically, The Rookie Season 5 Episode 6 wasn’t as fun an hour as you might have thought for this show coupled with Halloween. Most of the humor came from the family atmosphere of Nolan and Bailey with their adopted child, Celina, and the Chenford scavenger hunt.

After longing for some storylines for Angela and Wesley, we got what we asked for – or did we?

The Chenford scavenger hunt had its sweet and funny moments. It was certainly some breadcrumbs to hold fans of the ship, and there was some meaningful content in it.

Whereas on the face of it, with some of the intense and more serious stuff going on, the idea that Lucy had most of her day to pull Bradford’s leg and send him to his radio was superfluous.

It was a joke that went on a little too long and no doubt offered a bit of lightness to the hour. But at one point, even as someone who could appreciate the emotions behind it, it felt like overkill. It also felt similar to those frustrating moments in The Rookie Season 4 when Lucy came across as childish and unprofessional.

The message of this ordeal is that no one knows Tim better than Lucy, so he needed a nice distraction from his breakup with Ashley and to get back to work after that surgery.

The scavenger hunt took his mind off things, especially when he realized the clues were things that mattered to him, his favorite coffee spot or the fate of his favorite movie. It took no time to find out who was behind it.

It would have been a really sweet and romantic gesture if the context was different and we were still stuck in this slow burn mode for these two.

Lucy took the opportunity to make fun of how he treated her in the early days, while also trying to get out of him what was bothering him.

In the end it worked. He told her Ashley broke up with him, and they shared their meaningful moment of the hour — the most important breadcrumb. And added to the mix, the languorous, lingering glances they shared; even Chris led Lucy away and told stories without saying a word.

Bradford: Ashley and I broke up. I think she technically broke up with me.
Chen: I’m sorry.
Bradford: Thank you. And just so you know, I kind of appreciated your radio joke. It distracted me from things.

It’s Chenford quality content that they’ve been dropping left and right. Even if the running gag with the radio lasted too long, at least the results were good.

And Thorsen’s presence in all of that made it even more entertaining. Thorsen continues to be a gift in this series, especially now that they’re using him more.

Thorsen, paired with Bradford, is a comedy gold mine. Valentino and Winter have such a fun, different chemistry, and you could probably watch an entire episode where they get into shenanigans together.

And who knew that Celina in the mix with Bailey and Nolan would be such a good moment?

Wesley: I would never cheat on you.
Angela: I know because you’re afraid of me.
Wesley: Because I’m in love with you.

Can we just go ahead and say that Nolan and Bailey have officially adopted a child together, and she’s a quirky rookie? The family vibes they radiated every time they shared the screen were some of the most entertaining we’ve ever gotten from this couple.

Celina’s small smile was reminiscent of a child stunned by her doting parents as she ran away from those two bickering. Even the framing of the scenes gave off that atmosphere.

It was cute that she showed up to Nolan unannounced, as grown children often do, and promptly fell asleep on their couch as they deliberated how best to help her.

It’s an unexpected but fun trio, and it’s great that Celina continues to plot her space in the series and grow on people despite how unusual of a character she is.

I also appreciate how Nolan continues to adapt to Celina’s quirks and help her put her senses to good use in logical ways that they can use appropriately to get results.

Celina was all about the cursed money throughout the episode, and Nolan could have dismissed her entire case with the dream, but he knows that’s how she processes things and leads them to results.

Even her intuition about the DEA agent, played by the always great J. August Richards, was spot on. They gave us a lot of background information for a character that was probably meant to be a one-off.

I hope we spend more time with him because he is intriguing. You especially felt for him when he talked about his partner and how much he loved him, but he had to keep it quiet because of the strength of that time.

The case was not that exciting and not something that got your undivided attention, but the personal elements that happened to everyone.

One of the biggest problems was that Wesley was handling the statement for Elijah’s case. For some reason I thought we were all done with Elijah, but that’s far from the case.

As much as I really love Brandon Jay McLaren, I can’t say that Elijah’s return makes me excited. We’re fresh off Rosalind Dyer’s return who destroyed everyone, and now they’re throwing another established, past villain at us.

It’s too early to dive into that pit and recycle these storylines. At this rate, a La Fiera-inspired storyline is likely to emerge towards the mid-season finale.

Yes, we were ready for some storylines for Angela and Wesley, both together and separately. Still, the idea that Elijah might be terrorizing their family again isn’t what one girl had in mind.

Through this statement, we learned some more background information about Wesley; honestly it felt like a stranger. We found out that Elijah’s new lawyer, Monica, is Wesley’s ex-fiancée.

They have a borderline toxic relationship just passionate enough to make you feel like there are still feelings between the two, and they broke up because Wesley cheated on her.

And Angela knew nothing about these things. Sure, her faith in her husband was rock solid, and they had some sweet moments, including when he explained that he was a different person then and too scared and in love to ever cheat on Angela. It’s really concerning that he never shared this with Angela.

Wesley: I would never cheat on you.
Angela: I know because you’re afraid of me.
Wesley: Because I’m in love with you.

It wasn’t the brightest idea that Wesley went out for drinks with Monica to beg her to stop Elijah when he was on a date night with Angela, and he still hadn’t told her who Monica was or what was happening.

We can’t pretend to like this information, and Monica’s looks aren’t enough to make you look at Wesley differently. And as solid as Wopez is, it’s doubtful they would introduce all of this if it’s not supposed to cause them problems later on.

There’s no way Angela can wave these important things that Wesley left out. They may have bigger problems on the horizon, but it won’t go away.

Monica is terrible. What red-haired woman hurt someone in the writer’s room? How did we just get rid of Rosalind, and now we have this fire-haired spitfire that gets its fun by getting under Wesley and Angela’s skin?

She’s a shark, which makes her an effective lawyer. And thanks to that statement and how well she did, she convinced Del Monte that he wasn’t strong enough and let Elijah go.

In what world would they not have risked everything and taken it to court? Del Monte is in his feelings about Rosalind’s situation, and now he struggles with every call he makes. Or he’s somehow the person the serial killer teased, but we’ll have to see.

Wesley went through all that grief and risked everything to put Elijah in jail for good, and now it was all in vain. It’s scary.

Elijah couldn’t wait to put it on, and it’s scary to think what he can do with Wesley and his family now. It already sounds like Wesley lost his job at the district attorney’s office. From here it only gets worse.

Wesley Evers, attorney. I told you, I always win.

Other fun things of the hour included Harper and James having fun dealing with horrible neighbors and a performance by Jake Tapper. You’ve got to love it.

You can watch The Rookie online via TV Fanat