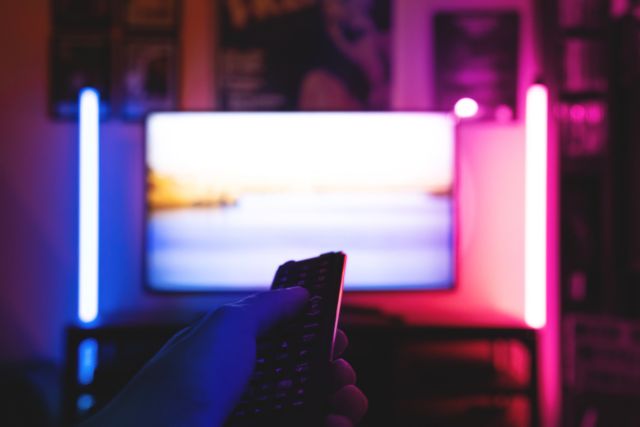 Interview with the Vampire Season 1 Episode 5 is an hour long which is quite compact in its narrative and is complex, sad and disturbing in its portrayal of this particular part of Louis’s story. And it’s very intense, especially those closing moments, which see a high level of violence in a series that never shuns the reality of brutality.

But this is Louis’s story, and now Claudia’s too, and telling it is giving the unfiltered truth, isn’t it?

I started thinking about the idea of ​​an unreliable narrator as we delved deeper into this hour and heard about Claudia’s adventures away from home. She has no reason to lie in the pages of a diary that she does not know will eventually be read by several inquiring eyes. But could her perception of certain events be affected?

Everything we know about Lestat comes from Louis and Claudia’s point of view. Where he is romanticized one minute and vilified the next, Claudia remains quite firmly entrenched in the rogue camp.

Lestat’s fatal flaw is his arrogance. He is above everything and everyone and cannot really see beyond the limited scope of the world he inhabits.

He loves Louis, but really refuses to see him for who he is. Instead, he looks down on him, shows him no respect and refuses to change his mind, even when he feels like losing him.

Claudia has clearly spent her time in that house analyzing their dynamics, evaluating her life, and sinking into some form of depression. Escaping at night to kill, recording her victim’s last words, and taking home a physical souvenir, it all feels not only like rebellion, but also masking her anger and fear.

The fight she has with Louis and Lestat before she leaves is as real as we’ve ever seen Claudia. And nothing she says is particularly wrong.

Who should I love? You have each other. Who is my Lestat? Who is my Louis? Not people. What person would want me?

Louis and Lestat turned her against her will, and now she is forced to live in this life where she has to live in a way that is so foreign to her, and she has to do it without anyone by her side. She has Louis, of course, but Louis has Lestat. As dysfunctional as their relationship is, Claudia knows she’s looking from the outside in.

And why doesn’t she get her own Lestat? Why can’t she love someone forever and walk through the decades with them?

There is an interesting parallel conversation going on during this hour as we learn more about Claudia and we see the discussions between Louis and Molloy in the present.

Molloy seems to have no patience or sympathy for Claudia, while Louis still harbors a lot of guilt because these memories remind him of Claudia’s early days.

I’m not sure if it’s about feeling sorry for Claudia. You can admit she’s dealt a bad hand, with limited guidance, while also acknowledging that she’s a murderer. Both things can be true.

You don’t excuse her killing but give a voice to how she was dropped into this world that requires killing something with a heartbeat to stay alive with almost no understanding.

As far as we could see, Louis and Lestat were never the best teachers, and their hands-off approach probably did more harm than good in the end.

It’s nice to hear that Louis admits that Claudia was born of remorse. She was not a mistake, as Lestat so heartlessly proclaimed, but her creation did come from a selfish place. And now Claudia lives this lonely, confusing and maddening existence with two men who are also involved in their drama to give her some attention.

Claudia’s decision to leave then makes sense to her, even if it hits her head over heels. Is she dangerous? Yes, but she would remain dangerous in New Orleans.

And her study trip seems to help her in the long run, because when she returns home, she’ll be in a much better place than the two older vampires, who have lived the hermit life and have all their grudges grow over the years.

Bruce’s introduction feels like a way of introducing the other types of vampires we’ll meet as the story continues. He is brash and aggressive, snapping back at her when she doesn’t comply with what he wants. Their interaction seems to prompt Claudia to return home and confront Louis in particular.

Louis’ struggle during the Depression is directly linked to himself and Lestat. He carries with him a huge sense of guilt, and it seems to linger on his shoulders, constantly bringing him back to Earth. And he spends those years without Claudia thinking about her and building and building his anger towards Lestat.

Lestat sits opposite Louis and wants Louis to return to him because his body is there, but his mind and heart left along with Claudia. And if we’re honest, it went on long before that.

Therefore, Lestat returned to Antoinette, someone who gives him what he no longer receives from Louis.

Louis seems to be so resigned to his relationship with Lestat that he doesn’t even fight back when he learns their deal is still going on. Louis is so tired and witnessing the only good thing he thought he could do, slipped further and further away from him.

Louis and Lestat’s relationship was born of chaos, and although there were moments of procrastination, they could never quite escape that chaos. And Claudia only exacerbated the dysfunction that permeated their union.

She would never be their daughter, because that’s never what Lestat wanted. share Louis? Not on his watch.

But the recognition that she could be Louis’s sister, a person who can stand next to Louis, love him, know him and appreciate him in ways Lestat never dreamed of is such a deep thought.

And that leads Claudia out of the shadows and back to that house.

The ending of the episode is challenging to watch. It’s violence at the highest level, and while they keep a lot of it out of the picture, choosing to focus on Claudia’s reaction to it instead doesn’t make the scene any less awkward.

Years and years of pain, anger and bitterness come to the fore in this massive display of violence, which runs throughout the house that they had so often created and neglected over the years.

It’s a rough watch and you can see it coming from miles away with every word Claudia speaks, especially the ones Lestat can’t hear. What is Lestat’s biggest fear? Louis leaving him. And it’s a reality so close that he hits back in the only way he knows how by asserting his dominance.

First with Claudia, then with Louis, in a rude display of strength and cruelty.

Their ascension is again Lestat above someone, in this case Louis, whom he has never seen as an equal – who looks down into his beaten face and demands something from him.

Lestat wants Louis to love him the way he thinks he deserves, but in what ways does he love Louis? In what ways has he proven his love for Louis?

Louis doesn’t even give in to Lestat’s request, he just wants out of his hands, maybe for the last time.

The ending is such a perfect and incredibly heartbreaking portrayal of their connection: Louis, bruised and battered, limbs thrown in all directions, as Lestat floats above the ground, calm, put together and unrepentant.

It was always destined to end up like this, wasn’t it?

With only two episodes left this season, it feels like we’re on a collision course toward total destruction.

Please let me know in the comments what you thought of this hour, and remember that you can watch Interview with the Vampire online so you don’t miss any conversations!