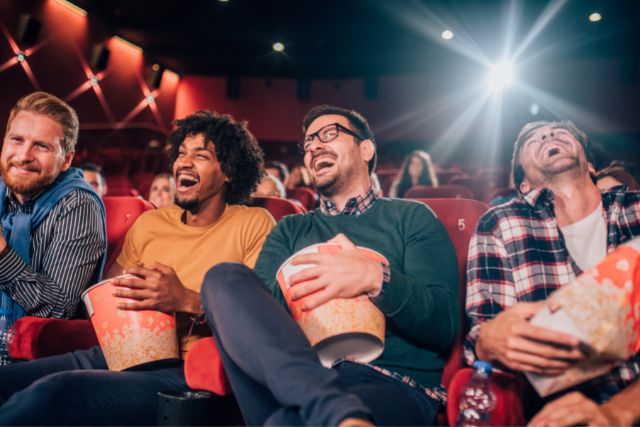 HOLLYWOOD – With the general release of the latest film in the Predator franchise, Prey, we can reveal the Predator role of Jean Claude ‘Muscles From Brussels’ Van Damme in Prey. Reprising his role as The Predator from the 1987 all-action blockbuster was a tough decision and not something he took lightly. We spoke to his manager, Herschel Mince, about the star’s role in the film.

You’re damn right it was. Jean Claude got up at 2 a.m. every morning to put on his costume and make-up. He lived away from all the actors and crew. No one on set ever knew it was him. Not even the director, Dan Trachtenberg. I took a job as a runner and wore a disguise. It was a set of Groucho Marx glasses and mustache. Nobody suspected anything.

Why were you there?

So I could feed him at lunch. That way no one would come near him and arouse suspicion. I would put bits of sandwich and chips in his lower jaws. Although I always take it easy with the mayo. It can get hot and smelly in there.

What about going to the bathroom?

He couldn’t piss on his own because he couldn’t take any of his costume off. So I had to poke around there and hold his wink for him. I even had to unzip the back zipper when it needed to get dirty. Do you know what I mean. Have you ever seen a Predator wipe his ass? I’ve seen things man. Taco Tuesdays were always the worst.

Why didn’t you use a Mo-Cap suit?

Mo-Cap of motion capture. Just like they did with Gollum in Lord of the Rings.

Prey is currently streaming on Disney+